How does the race to produce a Covid19 vaccine affect countries? 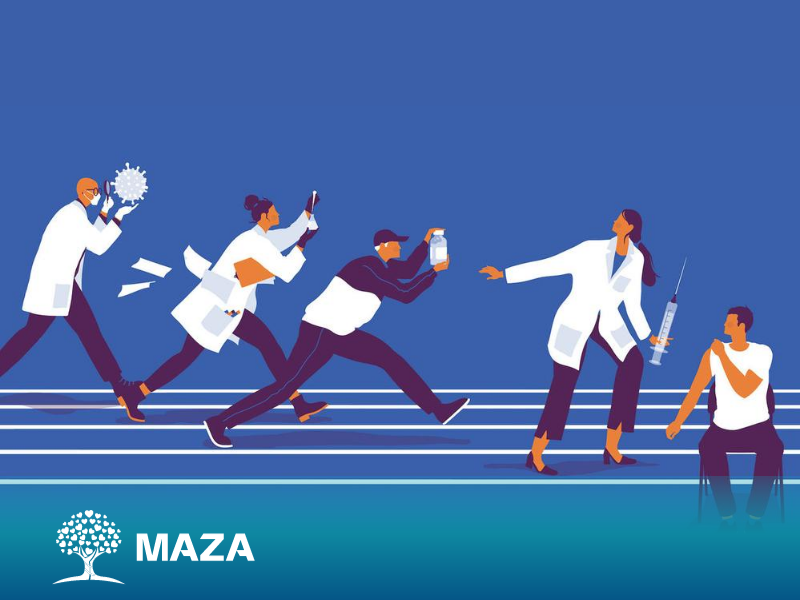 Researchers are in a hurry to develop an effective vaccine against the new coronavirus. As the race intensifies, wealthy countries are placing orders for the treatment before it is even approved. They will be among the first to get what is likely to be a limited supply of the vaccine.

This leaves questions about whether developing nations will get any vaccines in time to save lives.

The COVID-19 pandemic has affected 188 countries and territories. By June 18, the disease had infected nearly 8.4 million people and caused about 450,000 deaths. The World Health Organization has prepared a list of nearly 140 efforts to develop effective treatments and vaccines for the virus. The list includes 11 vaccine candidates undergoing human trials in China, Britain and the United States. The tests involve products from drug makers like AstraZeneca, Pfizer, Inovio, and Moderna.

Health experts have advised the public not to expect an effective vaccine until early next year. Britain and the U.S. have spent millions of dollars on vaccine candidates, including one being developed by AstraZeneca and the University of Oxford. In return, both countries are expected to get the vaccines, if approved, before others.

The British government said that if the University of Oxford vaccine proves effective, the first 30 million doseswould be for Britons. Separately, AstraZeneca signed deals to make at least 300 million doses available for the U.S. and another 400 million for European Union members.

What about developing countries?

South African President Cyril Ramaphosa is pushing for scientific research to be shared between countries. He says, “Nobody should be pushed to the back of the vaccine queue because of where they live or what they earn.” Ramaphosa currently chairs the African Union. He joined more than 140 world leaders and health experts last month in calling on all countries to unite behind a “people’s vaccine” against COVID-19. They say the vaccine should be made available to anyone around the world at no cost.

Earlier this month, the United Nations and other groups declared it was a “moral imperative” that everyone have access to a “people’s vaccine.” The groups included the International Red Cross and Red Crescent.

“But such declarations are unenforceable.”

Yuan Qiong Hu works as a legal and policy adviser at the aid group Doctors Without Borders. She noted, “We have this beautiful picture of everyone getting the vaccine, but there is no road map on how to do it.” The Associated Press reported her comments.

At a meeting with African leaders this week, Chinese President Xi Jinping announced that African countries would be among the first to be helped with a vaccine developed by China. But he offered no plan to back up his statement. One of the efforts to ensure developing countries will get COVID-19 vaccines comes from the vaccine alliance Gavi. Seth Berkley, the head of Gavi, said, “One thing that has been made all too clear … is that this disease does not respect borders, which is why this global problem requires a global solution.”

The alliance and its partners signed an agreement with AstraZeneca for 400 million doses by the end of 2020. The company says it will make the vaccine available at no profit during the pandemic. And it has also given permission to India’s Serum Institute to produce another 1 billion doses. The WHO has asked drug manufacturers to suspend intellectual property rights and share information on COVID-19 vaccines. But the drug industry is opposed to the idea.

Arzoo Ahmed is with Britain’s Nuffield Council on Bioethics. She warned that, “We can’t just rely on goodwill to ensure access.” She added that “it took 10 years for [the HIV/AIDS] drug to reach people in lower-income countries.” UNAIDS chief Winnie Byanyima said African nations have already been at the back of the line for medical supplies in the pandemic. She said, “It will be worse if a vaccine is found…We can’t afford to be in the back of the queue.”