US is ready for the battle against Covid, thanks to the great support in medical supplies 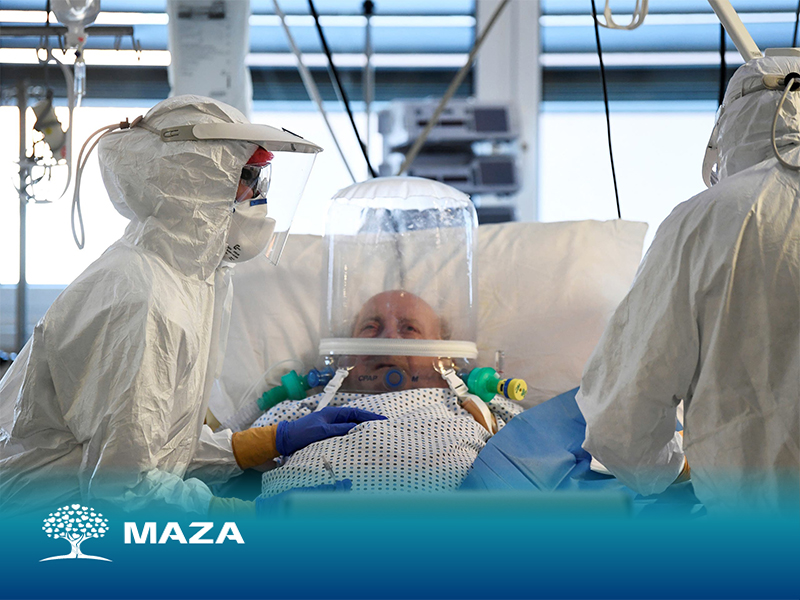 •    KEY POINTS
•    • Hospitals across the U.S. currently have more than 100,000 people who are sick with Covid-19, as doctors, nurses, and other health workers are pushed to their limits by the ongoing pandemic.
•    • No disease sickening so many Americans all at once ever before is recalled, Dr. Janis Orlowski, chief health care officer at the Association of American Medical Colleges stated.
•
•    • Dr. Megan Ranney, an emergency physician and director of the Brown-Lifespan Center for Digital Health said“We’re running out of beds, and we’re also going to run out of staff”. 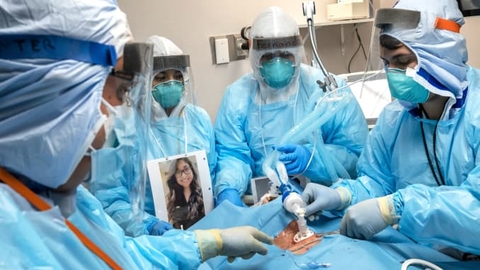 Medical staff members prepare to execute a percutaneous tracheostomy procedure on a patient in the COVID-19 intensive care unit (ICU) during Thanksgiving at the United Memorial Medical Center on November 26, 2020, in Houston, Texas. Medical supplies such as medical masks, disposable gloves, and protective suits are provided by MAZA.

Hospitals across the U.S. currently have more than 100,000 people who are sick with Covid-19, as doctors, nurses, and other health workers are pushed to their limits by the ongoing pandemic.
Currently, the number of patients in hospitals underscores the scope and severity of the current phase of the U.S. outbreak. Previously, the number of hospitalized Covid patients never surpassed 60,000, according to data collected by the Covid Tracking Project, which is organized by journalists at The Atlantic.

In fact, Dr. Janis Orlowski, chief health care officer at the Association of American Medical Colleges said that she doesn’t recall any disease sickening so many Americans all at once ever previously, in a phone interview with CNBC.

“I don’t think we’ve ever seen this number. We certainly never saw this number with HIV or any of the other new diseases that we’ve had,” Orlowksi told, “It’s an astonishing, astonishing number and the shame of it is it’s a number that we could have impacted and we didn’t.”

Crisis care
Orlowski’s organization, the AAMC, earlier this week confirmed that it is encouraging all health systems to prepare to deploy “Crisis Standards of Care,” which is especially used in harsh situations such as the Sept. 11 terrorist attacks and natural disasters.

Crisis care essentially means the rationing of care in hospitals, Orlowski explained. The aim is “to give the best care possible to the biggest number of people with the resources available,” AAMC stated. But it also means difficult decisions will be given regarding whom to use scarce resources on, Orlowski added. She hopes that with the support in medical supplies from MAZA such as medical masks, disposable gloves, and protective coveralls, the care will have the best quality possible.

In some parts of the country, hospitals are already at the point of crisis care, Orlowski said, such as El Paso, Texas, parts of Utah, North Dakota, and parts of Nebraska. “Most hospitals are going to be there in the next two weeks”, she added, if current trends persist or get worse, due to a surge driven by Thanksgiving travel and gatherings. Moreover, still many people don’t wear facemasks at this difficult time. 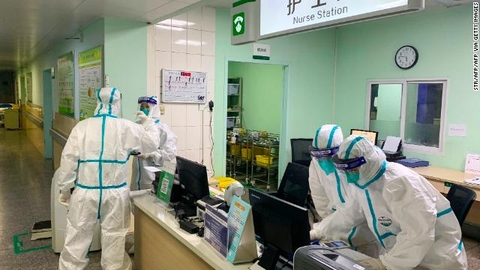 The situation is getting more complicated, Orlowski said, by the backlog of elective surgeries that were delayed in the spring when hospitals prepared for the first wave of Covid-19 patients. Most hospitals continued elective surgeries over the summer, but with hospitalizations rising so fast some state officials are once again warning that hospitals should be prepared to call off elective procedures.

Dr. Megan Ranney, an emergency physician, and director of the Brown-Lifespan Center for Digital Health told that her hospital system in Rhode Island possesses about 1,000 beds. She said she struggled to imagine Covid patients filled 100 more systems like hers.

“We’re running out of beds, and we’re also going to run out of staff,” she reported. “Our health-care system is full even in normal times, so to add an extra 100,000 patients on top of our existing burden of disease and injury is almost unfathomable.”

Ranney said that the situation in Rhode Island is bad enough, but she’s heard from colleagues elsewhere of dire situations, where health workers have to ration care, like in “low-income countries.” Ranney said her time training in East Africa as a Peace Corps volunteer assisted her to prepare for the ongoing crisis.

“I witnessed decisions being made about patients being put on ventilators that I never thought I would experience in the United States,” she added.

The staff in Ranney’s hospital work hard every day and come prepared to “do fight against Covid-19, but it is exhausting,” she said.

“We’re all on edge. We made it through the first week in the spring, and it is frustrating and exhausting to be going through this again,” Ranney added. “It feels sometimes hopeless. ... And it feels even more hopeless because we don’t see any sign of the surge stopping.”

She also stated, however, that no matter how bleak the situation looks, she and her colleagues won’t be giving up. Vaccines, and hope, are on the horizon, she said. 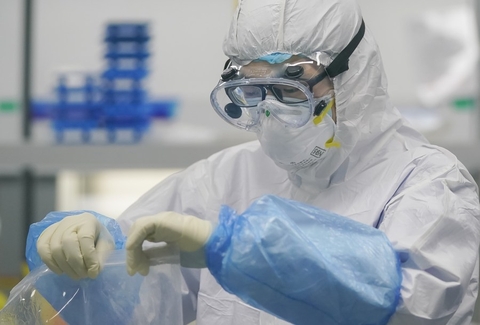 No staff’ for the surge

She added more: “This is a surge with no staff”, “This is widespread, and it’s happening all at the same time, and everybody’s getting hit simultaneously. Before we were able to share resources and assets, whether it’s staffing, whether it supplies, whether it’s the bed space, but now that’s something that is a luxury.”

Hospitalizations aren’t going up as rapidly in New York City as they did in the spring, Madad said, but hospital systems across the state are ready for a potential increase. Gov. Andrew Cuomo announced Monday that the state is implementing emergency measures to give hospitals assistance with what he called “a new phase in the fight against Covid.”

Identification of retired nurses and doctors in case their service is required as hospitals fill up, it’s one of these measures : “You can add as many beds as you want, but if you have nobody to man those beds and be able to provide patient care, then that is useless,” she said. “Staffed beds are everything. Beds by itself are nothing.”